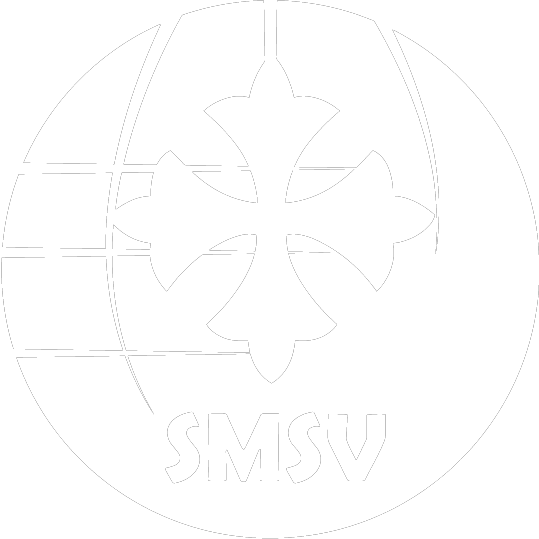 St. Maurice and St. Verena Coptic Orthodox Church is the first missionary and intercultural Coptic Church in North America. In accordance with the teachings of the Holy Bible and the Coptic Orthodox doctrines, SMSV provides liturgical, spiritual, and missionary services that glorify God and cultivate our relationships with Him and with one another. SMSV welcomes and celebrates multiculturalism, striving towards creating a space of love, peace, equality, and inclusion. We do this through ministries that serve our diverse congregation and outreach to our surrounding community, nation, and greater global village. Aiming to follow the example set by our Lord and Saviour, Jesus Christ, SMSV also works towards fostering the spiritual and earthly lives of God’s children through prayerful humanitarian and evangelical services.

OUR MISSION - An English ministry of love, integration, and outreach
Saint Maurice

A traveller on the highway that leads from Geneva to Rome will notice a small and a very old Swiss town called “Saint Maurice”. This town was known in the Roman times as “Aguanum”, an important communication center. It was there that a Coptic officer named Maurice and 6600 of his fellow soldiers died for the sake of Christ at the hands of the Emperor Maximian (285-305 AD).

Under “Maximian”, an Emperor of the Roman Commonwealth with Diocletian as his colleague, an uprising of the Gauls known as “Bagaude” forced Maximian to march against them. He recruited into his army a unit from Upper Egypt, the Theban legion composed of 6600 Christian men. They were good men and soldiers who, even under arms, did not forget to render to God the things of God and to Caesar the things of Caesar.

After their victory, Emperor Maximian issued an order that the whole army should join offering sacrifices for the Roman gods. The order included killing Christians (possibly as a sacrifice to the Roman gods). Only the Theban legion dared to refuse to comply with these orders.

When the news came to Maximian, he repeatedly commanded them to obey his rules and orders, and upon their constant and unanimous refusal, he ordered that the legion should be “decimated”. Accordingly, every tenth man was put to death. Upon the further refusal of the legion, Maximian ordered a second “decimation” and warned that they would all face death if they failed to comply.

The greatest mainstay of their faith in this crisis was undoubtedly their captain Maurice. He fired the hearts of the soldiers by his encouragement. Maurice, calling attention to the example of their faithful fellow soldiers, already martyrs, persuaded them all to be ready to die in their turn for the sake of their baptismal vow. At his words, a glorious eagerness for martyrdom burned in the hearts of those men.

Fired thus by the lead of their officer, the Theban legion sent to Maximian a reply as loyal as it is brave:

“Emperor, we are your soldiers but also the soldiers of the true God. We owe you military service and obedience, but we cannot renounce Him who is our Creator and Master, and also yours even though you reject Him. In all things which are not against His law, we most willingly obey you, as we have done hitherto. We readily oppose your enemies whoever they are, but we cannot stain our hands with the blood of innocent people (Christians). We have taken an oath to God before we took one to you, you cannot place any confidence in our second oath if we violate the other (the first). You commanded us to execute Christians, behold we are such. We confess God the Father the creator of all things and His Son Jesus Christ, God. We have seen our comrades slain with the sword; we do not weep for them but rather rejoice at their honour. Neither this, nor any other provocations have tempted us to revolt. Behold, we have arms in our hands, but we do not resist, because we would rather die innocent than live by any sin.”

When Maximian heard this, he despaired of being able to turn them from their strong Christian faith. He therefore decreed, in a final sentence, that they should be rounded up, and the slaughter completed. The troops sent to execute this order came to the blessed legion and drew their swords upon those holy men who, for love of life, did not refuse to die. Putting aside their weapons and without any resistance, they offered their necks to the executioners.

They kept just one thing in their minds, that they were bearing witness to him who was lead to death without protest, and who, like a lamb, opened not his mouth. Thus, by the savage cruelty of this empror, that fellowship of the saints, led by Saint Maurice, was perfected. For they despised things present in hope of things to come. So was slain that truly angelic legion of men who, we trust, now praise the Lord God of Hosts, together with the legions of Angels, in heaven forever.

St. Maurice of the Theban Legion departed on the 25th day of the Coptic month Thout (October 5).

Saint Verena was brought up in the Theban region (modern day Luxor in Upper Egypt) in a noble Christian family, who handed her over to Bishop Sherimon, Bishop of Beni Suef, who in turn taught her and baptized her.

Saint Verena joined the Theban legion in its mission to Rhaetia (modern day Switzerland) and was a relative of Saint Victor of the Theban legion. The Soldiers’ relatives were allowed to accompany them in order to look after them and take care of their wounds.

When Saint Maurice, Saint Victor and the other members of the Theban legion were martyred, Saint Verena led a lonely and hermit life. First, she settled in a place called Solothurn, but later moved into a cave near present day Zurich. She used to fast and pray continuously. Moreover, God performed several miracles through her. She was particularly concerned over young girls and used to look after them spiritually and physically, due to her expertise as a nurse. Saint Verena was also interested in serving the poor and used to offer them food.

Moreover, she enjoyed serving the sick, especially those suffering from leprosy. She used to wash their wounds and put ointments on them, not fearing infection.  As a result of her fame, the ruler arrested her and sent her to jail, where Saint Maurice appeared to her to console and strengthen her. After her release from jail, she moved into several regions, and God worked several miracles through her prayers.

Due to her, many converted to Christianity. At the time of departure of Saint Verena from our world, the Most Holy Virgin Mary appeared to her to console and strengthen her.

Saint Verena of the Theban legion departed on the 4th day of the Coptic month Thout (September 14).

Christianity, by nature, is a missionary faith. The example and teachings of our Lord Jesus Christ, the preaching of the disciples to both Jews and Gentiles, and the mere fact of St. Mark’s preaching in Egypt, spoke to the Copts very emphatically about the missionary character of the Church. Therefore, the missionary movement began in Egypt, early in the first steps of Christianity.

Ecclesiastical history is full of captivating accounts of Coptic Christians who preached Christianity in North, West and South Africa, Arabia, Persia, India, and Europe. Coptic missionaries reached as far as the British Isles long before the arrival of St. Augustine of Canterbury in 597 AD.

The word “Copt” is derived from the Greek word “Aegyptus”, meaning Egypt. The Copts are the direct descendants of the ancient Egyptians. St. Mark, a disciple of African origin and the writer of the earliest Gospel, came to Egypt preaching salvation in the dawn of the Christian faith. He arrived in Alexandria around the year 48 A.D. and was martyred in 68 A.D. In that short period. St. Mark was able to witness to the faith and founded the Church in Egypt. Since that time, Christianity spread like fire throughout the country. The main reason for this was the fact that the Egyptians have always been a religiously minded people, having certain tenets and beliefs, which later were identified with the teachings of the Christian religion.

Throughout history, the Coptic Church played quite a significant role in shaping and defining Christian doctrines. The contribution of the Coptic Church to world Christianity can be briefly summarized in the following five epochs: Theological Scholarship; Ecumenism; Martyrdom; Monasticism; and Missions.

Light of Light; True God of True God, begotten, not created; of One Essence with the Father, by whom all things were made; who for us, men, and for our salvation, came down from heaven, and was incarnate of the Holy Spirit and of the Virgin Mary, and became Man.
And He was crucified for us under Pontius Pilate; suffered, and was buried. And the third day He rose from the dead, according to the Scriptures. He ascended into the heavens; He sits at the right hand of His Father; and He is coming again in His glory to judge the living and the dead; Whose Kingdom shall have no end.

Yes, we believe in the Holy Spirit, the Lord, the Giver of Life; who proceeds from the Father; who, with the Father and the Son, is worshipped and glorified; who spoke by the prophets and in one, holy, catholic, and apostolic church, we confess one baptism for the remission of sins.  We look for the resurrection of the dead, and the life of the coming age. Amen.